Quick Q&A: Does God even care for me?

Answer: Yes, He does. It might seem hard to see sometimes, but He really does.

The Bible says in Genesis 1:26 that He made you in His own image. Like He said to ancient Judah, He longs “to give you a future and a hope” (Jeremiah 29:11). The destiny and purpose that He has planned for you is virtually impossible to describe sufficiently. The Bible says of His plans for you that “Eye has not seen, nor ear heard, nor have entered into the heart of man the things which God has prepared for those who love Him” (1 Corinthians 2:9). That future ultimately includes living life just like He does in His family—in glory and wonder. Just like Him. Forever. (Don’t take our word for it: Check out Psalm 17:15; 1 John 3:1-3; 1 Corinthians 15:35-49; and, frankly, too many verses to list here.)

The Bible says that even though God is so great—the greatest being in the universe—He cares so much for you that He even counts the number of hairs on your head, much like an adoring parent counts his beloved child’s fingers and toes. (See Matthew 10:30.)  And even more profoundly, He loves us so much that as one of the most famous Scriptures reveals, “For God so loved the world that He gave His only begotten Son, that whoever believes in Him should not perish but have everlasting life” (John 3:16).

It doesn’t mean that He won’t allow us to go through difficulty—sometimes very great difficulty. Rather, it means that He doesn’t do it without good reason, even if we don’t always know what that reason is. As the ultimate parent playing for the ultimate stakes (for not just our lives, but our eternities), He sometimes has to make calls that are hard to understand—for reasons we might not even be able to understand, like an infant who doesn’t understand his parent’s explanations. But even if He, for reasons unknown, doesn’t remove a trial from our lives, He does provide help and a place of peace to endure the trial—the “peace of God, which surpasses all understanding” (Philippians 4:7)—and He promises His children, “I will never leave you nor forsake you” (Hebrews 13:5).

He does care for you. The Bible says that. 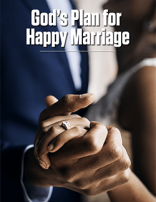