Quick Q&A: What is a prophet?

Answer: The Bible talks about speaking as a “prophet” in two different ways. In one very general way, anyone who speaks with God’s inspiration is speaking as a “prophet” since the word prophecy can simply refer to inspired speaking. This is the manner in which Paul was talking to the Christians in ancient Corinth when he said, “For you can all prophesy one by one, that all may learn and all may be encouraged” (1 Corinthians 14:31). In this very general sense, those who give a warning to the world based on what the Bible says can be considered “prophets.”

However, there is also an ordained, biblical office of Prophet, just like there are other offices, such as Apostle, Evangelist, Pastor, etc. (See 1 Corinthians 12:28 and Ephesians 4:11 for examples.) In that case, a Prophet is one who receives special communication directly from God, such as things to come in the future, conveying information that could otherwise not be known. The Bible has many examples of such Prophets, in both the Old Testament (e.g., Moses, Isaiah, Zechariah) and the New Testament (e.g., Agabus, mentioned in Acts 11:28 and Acts 21:10-11). 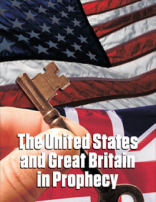