Quick Q&A: What prophecies have been fulfilled since the time of Christ's death?

Answer: Great question! If you mean specifically since His death, then His resurrection, itself, would be a fulfilled prophecy! (See Matthew 12:38-40.) However, you are probably looking for some more recent prophetic fulfillment, aren’t you?

Space would prevent us from listing too many things, but Bible prophecy has, indeed, been fulfilled in numerous, specific ways, and it is being fulfilled even today. Here’s a short list of just a few examples…

So, does the Bible actually say these things? Yes, it does! It takes some study (e.g., learning how the Bible identifies modern nations in prophecy), but when one knows what to look for, the arc of prophecy can be seen written all over today’s news. Frankly, it’s more than can be explained in a short answer like this, but feel free to explore our materials here to learn more.

What’s most important to understand, though, is that this “arc of prophecy” indicates what is still ahead and not yet fulfilled, as well as what to do about it. 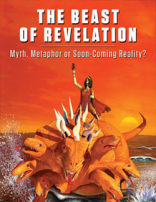