Quick Q&A: At His crucifixion, didn't Jesus tell the thief next to Him that He would take him right to Heaven on the day he died?

Answer: Nice try, but not so fast.  You may be missing the same small detail that so many others don’t see.  Just hours after making that statement, Christ was buried and in the grave for three days and three nights—72 hours.  If Jesus had the thief “with Me” the thief wouldn’t be in Paradise that day.  But if He sent the thief to Paradise, he wouldn’t be with Christ, who was dead in the grave.

That’s not just our idea. A good Greek scholar can show you that the way the Luke 23:43 is put in English is misleading compared to the original.  What Christ said is more like, “I tell you today that you will be with Me in Paradise.”

Remember, the Bible is clear that no human being has yet ascended to heaven (John 3:13). Even after the Crucifixion, Peter understood clearly that ancient King David had sill not ascended to Heaven (Acts 2:29).

Here is another point to consider. We know that Christ was in the grave for three days and three nights (Matthew 12:40). Notice that after His resurrection, when He was seen by others, He had still not yet ascended to Heaven (John 20:17). This was three days later!

The thief will eventually be with Christ in Paradise.  That was His promise, and He will keep His promise. But that promise will be kept after the thief is resurrected—it has not already been fulfilled. That’s what the Bible says! 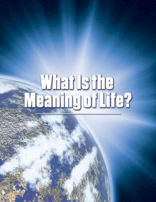