Quick Q&A: Does the Bible say that Satan is in charge of the world?

Answer: Yes, the Bible says that! This is also one of the greatest secrets of all time. Take a look at the temptation of Christ, and what happened after Jesus had fasted 40 days and 40 nights. This will help you understand who owns what. It also makes you think differently about the unseen spirit world. Matt 4:8, "Again, the devil took Him up on an exceedingly high mountain, and showed Him all the kingdoms of the world and their glory. And he [Satan] said to Him, 'All these things I will give You if You will fall down and worship me.' Then Jesus said to him, 'Away with you, Satan! For it is written, "You shall worship the LORD your God, and Him only you shall serve”'  Then the devil left Him, and behold, angels came and ministered to Him."

Did you notice what Satan offered? All the kingdoms of the world! How can someone offer or give away something unless he owns it? God is indisputably supreme, but for a time, Satan remains ruler of this world and the kingdoms of this world, and he will continue to rule them until Christ returns to establish the Kingdom of God here on the earth.

Satan is described as “the god of this age” and he is doing all he can to cover, conceal and hide not only his existence but also the message of hope found in the gospel of the coming Kingdom of God. Corinthians 4:3-4, "But even if our gospel is veiled, it is veiled to those who are perishing, whose minds the god of this age has blinded, who do not believe, lest the light of the gospel of the glory of Christ, who is the image of God, should shine on them" (John 17:14-17).

The truth is that Satan is still in charge of the earth, and he is broadcasting a disturbing message to its people, contrary to the gospel of Jesus Christ. The Apostle Paul talks about our transformation from disobedience to obedience. In the Bible, sin leads to eternal death while obedience leads to eternal life. Paul writes in Ephesians 2:1-3, "And you He made alive, who were dead in trespasses and sins, in which you once walked according to the course of this world, according to the prince of the power of the air, the spirit who now works in the sons of disobedience, among whom also we all once conducted ourselves in the lusts of our flesh, fulfilling the desires of the flesh and of the mind, and were by nature children of wrath, just as the others."

There is much good in the world, but if we honestly look around and observe the widespread corruption and suffering we can easily see that Satan is still very much in charge. Yet we have the power to resist the Devil if we submit to God. James 4:7-8, "Therefore submit to God. Resist the devil and he will flee from you. Draw near to God and He will draw near to you."

God wants us to lead fulfilled lives, but Satan wants to blind us, corrupt us and steal our lives and ultimately rob us of the future gift of eternal life. The Bible says in John 10:10, "The thief does not come except to steal, and to kill, and to destroy. I have come that they may have life, and that they may have it more abundantly."

Satan may be in charge of the world right now, but this doesn’t mean that he has to be in charge of us if we call upon the promises of God. We are called to have life abundantly. 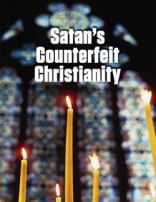